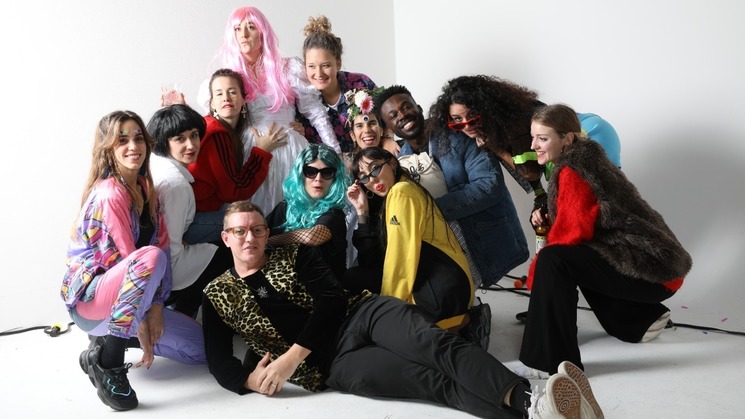 Within Studio A, a lot of us know what it’s like to move from one country to another. Most of the time we’re given the title ‘expat’ and can relatively easily move around from one safe space to another. As a result of this most of us will never know or understand the difficulty, trauma and pain the asylum process and becoming a refugee can bring. Being forced to flee your home and everything you know to then go through the long, difficult and often hostile process of trying to settle somewhere safe.

We can imagine, most of us if not all, have in some capacity seen what has been unfolding around the world from Afghanistan to the borders of France and Britain; people are trying to flee instability and danger for a safer life. It’s up to us to welcome those in danger with open arms and support.

We believe a way to do that is by helping reunite families torn apart by the process. Many families had to choose which family member could escape, some of the time having to even choose between which child is left behind. By raising just €1200 we can help reunite one family in the Netherlands to start their resettlement process.

Unfortunately there are people in Europe (and around the world) who aren’t welcoming and supportive of those fleeing war, persecution and danger. In the Netherlands we saw threatening and scary protests outside the army barracks housing the Afghan refugees who had been evacuated legally to the Netherlands. https://www.euronews.com/2021/08/25/dutch-protesters-burn-tyres-outside-military-base-housing-afghan-refugees

We as The Diversity Collective and Studio A want to show the warm, supportive and truly welcoming side of the Netherlands, a state that houses people from all corners of the world. Let’s begin our hopefully ongoing relationship with VluchtelingenWerk and our new community members with a huge helping hand, and raise as much as possible with our team and beyond. Please share with other teams within the organisation, as well as family and friends!